This Website “www.institute.ind.in” is pleased to welcome all those interested in strengthening the cause of tourism movement in general and of tourism, travel, hospitality, and hotel management, catering technology, applied nutrition etc. .

The Indian Institute of Tourism (IIT) was established in the year 1985 by the Union Minister for Human Resource Development Shri K C Pant based on the 5 years of applied researches conducted jointly by Dr. Priya Ranjan Trivedi and Dr. Uttam Kumar Singh for bringing a mass movement in favour of hospitality education and for preparing a competent cadre of young professionals in the areas of hotel management, catering technology and applied education 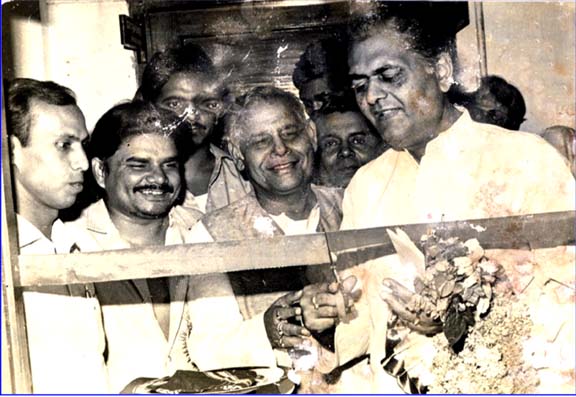 The Indian Institute of Tourism is of the firm belief that tourism is travel for recreational, leisure, or business purposes, usually of a limited duration. Tourism is commonly associated with trans-national travel, but may also refer to travel to another location within the same country.

The World Tourism Organization defines tourists as people "traveling to and staying in places outside their usual environment for not more than one consecutive year for leisure, business and other purposes". Tourism has become a popular global leisure activity. Tourism can be domestic or international, and international tourism has both incoming and outgoing implications on a country's balance of payments.

Today, tourism is major source of income for many countries, and affects the economy of both the source and host countries, in some cases it is of vital importance. Tourism suffered as a result of a strong economic slowdown of the late-2000s recession, between the second half of 2008 and the end of 2009, and the outbreak of the H1N1 influenza virus. It then slowly recovered, with international tourist arrivals surpassed the milestone 1 billion tourists globally for first time in history in 2012. International tourism receipts (the travel item of the balance of payments) grew to US$1.03 trillion (€740 billion) in 2011, corresponding to an increase in real terms of 3.8% from 2010.

In 2012, China became the largest spender in international tourism globally with US$102 billion, surpassing Germany and United States. China and emerging markets significantly increase their spending over the past decade, with Russia and Brazil as noteworthy examples.

William F.Theobald (1994) suggested that "etymologically, the word tour is derived from the Latin, 'tornare' and the Greek, 'tornos', meaning 'a lathe or circle; the movement around a central point or axis'. This meaning changed in modern English to represent 'one's turn'. The suffix –ism is defined as 'an action or process; typical behaviour or quality', while the suffix, –ist denotes 'one that performs a given action'. When the word tour and the suffixes –ism and –ist are combined, they suggest the action of movement around a circle. One can argue that a circle represents a starting point, which ultimately returns back to its beginning. Therefore, like a circle, a tour represents a journey in that it is a round-trip, i.e., the act of leaving and then returning to the original starting point, and therefore, one who takes such a journey can be called a tourist."

Today, three schools discuss on the roots of tourism. The French School, led by A. Houlot argued that the term tourism comes from the old Aramaic Tur, which was used for the trip, exploration and movement of people in the Bible. This word had been used, for the first time, when Moses begins his expedition to the lands of Canaán. Nevertheless, another school of thought - the Onomastic School - considers the origin of the concept not from a linguistic perspective but rather links it to the last name of the French aristocracy Della Tour. According to this school, after Carlos V signs a treaty with England in 1516, in celebration of this event, the future king gives the Della Tour family exclusive rights to conduct commercial transport and related businesses. Last but not least, a third school focuses on the Anglo-Saxon world, situating the Theobald´s development under the lens of scrutiny. Surmising that the roots of the word tourism comes from the Ancient Anglo-Saxon term Torn, these scholars found evidence to think the term was coined in XIIth century which by farmers to denote those travels with intentions to return. Over centuries, the meaning of the word has been shifted to be politically adopted. By the middle of the 18th century, the English noblemen used the term “turn” to refer to the trips undertaken for education, search and culture exploration. In reality, the purpose of the noblemen’s trip to the different parts of Kingdom was to acquire knowledge that was later useful for governing.

In support to Leiper´s account, M. Korstanje provided evidence that shows the Grand-tour was enrooted in the ancient Norse Mythology. Following the examination of legends and texts, this research focuses on the fact that Odin/Wotan represents the archetype of a travelling-god who explored the world to get experience and knowledge. Norse-related texts are indeed unique in this sense. Although the touristic-drive seems to be inherent to almost all cultures and times, Korstanje explains that only by the influence of Norse Mythology, the Grand-tour was accepted as a common-practice in England and Europe later.

Tourism is an important, even vital, source of income for many countries. Its importance was recognized in the Manila Declaration on World Tourism of 1980 as "an activity essential to the life of nations because of its direct effects on the social, cultural, educational, and economic sectors of national societies and on their international relations."

Tourism brings in large amounts of income into a local economy in the form of payment for goods and services needed by tourists, accounting for 30% of the world's trade of services, and 6% of overall exports of goods and services. It also creates opportunities for employment in the service sector of the economy associated with tourism.

The service industries which benefit from tourism include transportation services, such as airlines, cruise ships, and taxicabs; hospitality services, such as accommodations, including hotels and resorts; and entertainment venues, such as amusement parks, casinos, shopping malls, music venues, and theatres. This is in addition to goods bought by tourists, including souvenirs, clothing and other supplies.

In 1936, the League of Nations defined a foreign tourist as "someone traveling abroad for at least twenty-four hours". Its successor, the United Nations, amended this definition in 1945, by including a maximum stay of six months.

In 1941, Hunziker and Krapf defined tourism as people who travel "the sum of the phenomena and relationships arising from the travel and stay of non-residents, insofar as they do not lead to permanent residence and are not connected with any earning activity." In 1976, the Tourism Society of England's definition was: "Tourism is the temporary, short-term movement of people to destination outside the places where they normally live and work and their activities during the stay at each destination. It includes movements for all purposes." In 1981, the International Association of Scientific Experts in Tourism defined tourism in terms of particular activities selected by choice and undertaken outside the home.

In 1994, the United Nations identified three forms of tourism in its Recommendations on Tourism Statistics:

The World Tourism Organization reports the following ten countries as the most visited in terms of the number of international travellers.

International tourism receipts grew to US$1.035 trillion (€740 billion) in 2011, corresponding to an increase in real terms of 3.8% from 2010. The World Tourism Organization reports the following countries as the top ten tourism earners for the year 2011, with the United States by far the top earner.

The World Tourism Organization reports the following countries as the top ten biggest spenders on international tourism for the year 2012.