India offers a wide range of tropical beaches with silver/golden sand to coral beaches of Lakshadweep. States like Kerala and Goa have exploited the potential of beaches to the fullest. However, there are a lot many unexploited beaches in the states of Andhra Pradesh, Gujarat, Maharastra, Tamil Nadu and Karnataka. . .

Top 10 States of India in Tourism

According to historical studies the University of Nalanda was established 450 C.E under the patronage of the Gupta emperors, notably Kumaragupta.

The Victoria Memorial in Kolkata is built in memory of Queen Victoria by the British.

The Chhatrapati Shivaji Terminus (formerly Victoria Terminus) in Mumbai is a
train station built in Gothic architecture in honour of Golden Jubilee of Queen Victoria.

India has geographical diversity, which resulted in varieties of nature tourism. 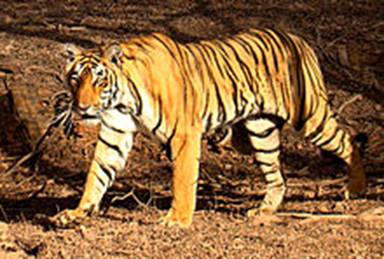 India has the largest wild population of tigers in the world. 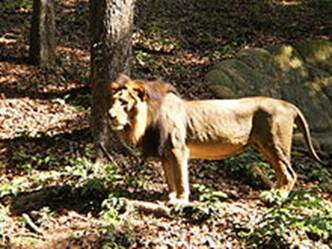 The wild population of the endangered Asiatic lions is
restricted to the Gir Forest National Park in western India.

India is home to several well-known large mammals including the Asian Elephant, Bengal Tiger, Asiatic Lion, Leopard and Indian Rhinoceros, often engrained culturally and religiously often being associated with deities. Some other well-known large Indian mammals are ungulates such as the domestic Asian Water buffalo, wild Asian Water buffalo, Nilgai, Gaur and several species of deer and antelope. Some members of the dog family such as the Indian Wolf, Bengal Fox, Golden Jackal and the Dhole or Wild Dogs are also widely distributed. It is also home to the Striped Hyaena, Macaques, Langurs and Mongoose species.

India also has a large variety of protected wildlife. The country's protected forest consists of 75 National parks of India and 421 sanctuaries, of which 19 fall under the purview of Project Tiger. Its climatic and geographic diversity makes it the home of over 350 mammals and 1200 bird species, many of which are unique to the subcontinent. 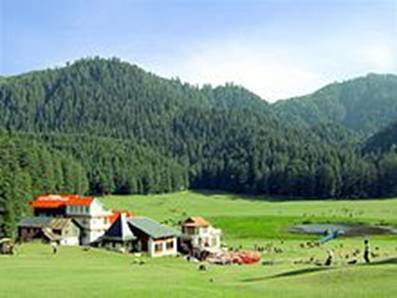 A summer view of Khajjiar, a hill station in Himachal Pradesh. 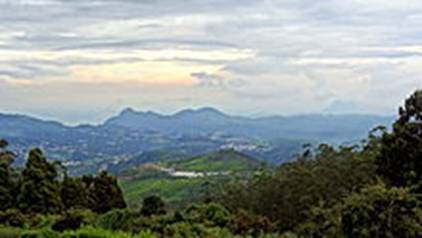 One of the finest hill-stations in India.

In addition to the bustling hill stations and summer capitals of yore, there are several serene and peaceful nature retreats and places of interest to visit for a nature lover. These range from the stunning moonscapes of Leh and Ladhak, to small, exclusive nature retreats such as Dunagiri, Binsar, Mukteshwar in the Himalayas, to rolling vistas of Western Ghats to numerous private retreats in the rolling hills of Kerala. 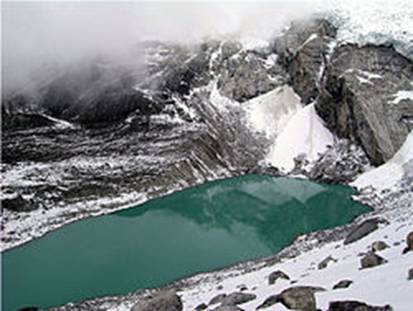 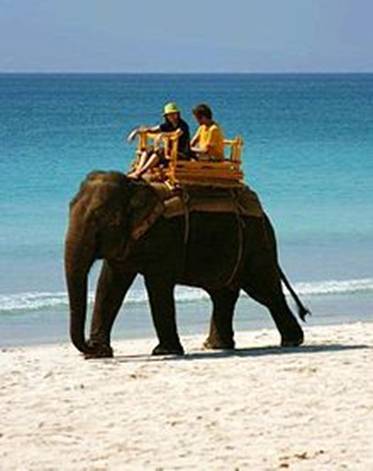 Elephants and camel rides are common on Indian beaches.
Shown here is Havelock Island, part of the Andaman and Nicobar Islands.

India offers a wide range of tropical beaches with silver/golden sand to coral beaches of Lakshadweep. States like Kerala and Goa have exploited the potential of beaches to the fullest. However, there are a lot many unexploited beaches in the states of Andhra Pradesh, Gujarat, Maharastra, Tamil Nadu and Karnataka. These states have very high potential to develop them as future destinations for prospective tourists. Some of the famous tourist beaches are: 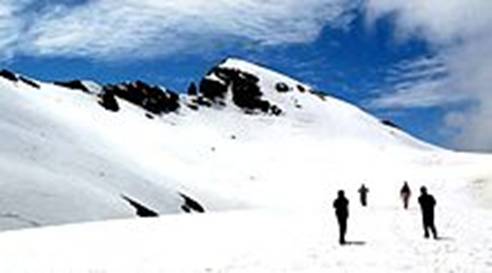 Due to its diverse geography and a myriad of cultures, coupled with the popularity of adventure sports adventure tourism in India has become quite popular. Backpacking, or light travel, is a popular way to explore India. Many of those who have previously visit will describe the visit as not having been a holiday but an adventure.

Since 1980, the United Nations World Tourism Organisation has celebrated World Tourism Day on September 27. This date was chosen as on that day in 1970, the Statutes of the UNWTO were adopted. The adoption of these Statutes is considered a milestone in global tourism. The purpose of this day is to raise awareness on the role of tourism within the international community and to demonstrate how it affects social, cultural, political and economic values worldwide.

1985   :     Youth Tourism: Cultural and Historical Heritage for Peace and Friendship

1992   :     Tourism : A Factor of Growing Social and Economic Solidarity and of Encounter between People

1993   :     Tourism Development and Environmental Protection: Towards a Lasting Harmony

1997   :     Tourism : A Leading Activity of the Twenty-first Century for Job Creation and Environmental Protection

1998   :     Public-Private Sector Partnership : The Key to Tourism Development and Promotion

2000   :     Technology and Nature : Two Challenges for Tourism at the Dawn of the Twenty-First Century

2004   :     Sport and Tourism : Two Living Forces for Mutual Understanding, Culture and the Development of Societies

2008   :     Tourism Responding to the Challenge of Climate Change and Global Warming

Publications broughT out by the indian institute of tourism

15. Laws and Ethics and Hotels

30. Management of Tourism and Hospitality Industry

37. Tourism Ethics and Code of Conduct

53. Social and Cultural Aspects of Ecotourism

76. Aviation and the Environment